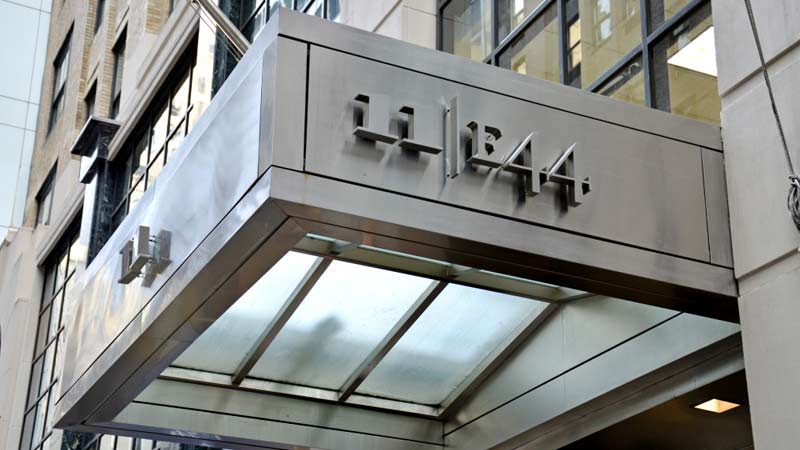 Below is an excerpt from an article published by the Commercial Observer on August 25th, 2016:

Headed by former finance execs Michael Betancourt and Siraj Dadabhoy, AION has used the proceeds to refinance old debt and buy out Clarion Partners from its ownership stake in the building, according to a source with intimate knowledge of the deal.

Iron Hound Capital Management negotiated the new financing, which is comprised of a $65 million senior mortgage from Deutsche Bank and a $15 million mezzanine loan from SL Green. The debt carries a floating rate and a two-year term with three one-year extension options, which AION may opt to use, bringing the total term to five years, the source said.
It replaces a $38.5 million loan—which was paid down to roughly $36 million—that was securitized in a J.P. Morgan-sponsored commercial mortgage-backed securities deal, JPMCC 2006-CB17. At the time of securitization in 2006 the conduit carried a balance of $2.54 billion across 154 loans and now stands at $638.4 million with 52 mortgages remaining.

AION originally acquired a 77.1 percent interest in 11 East 44th Street from Kensico Properties for $45.5 million in December 2004, city records show, and ING came in as a recapitalization partner in 2007.

A spokesman for Clarion confirmed that a “commingled fund” it advised purchased an interest in the 135,150-square-foot property that year, and as of earlier this month relinquished that holding. AION’s buy-out values it at just north of $100 million, according to the source.

Brooks Brothers is the largest tenant and rents out a total of 40,395 square feet of office and ground floor retail space in the property, according to CoStar Group. While the retail is currently empty, Brooks Brothers previously toyed with a restaurant concept branded “Makers and Merchants,” The New York Post reported in 2014.

The men’s retailer, along with other tenants including international software provider eFront and insurance marketplace Liazon Corporation, have lease expirations within the next six years, data from Trepp indicates. And because of the city’s recently announced plan for the Midtown East rezoning—which could increase the market’s density by 30 percent—and soon-to-be mega developments like SL Green’s $3.14 billion One Vanderbilt, AION could achieve higher rents for office spaces in the building and secure permanent financing at a later date, the source said. The submarket’s average asking rent is $39.54 per square foot and for three- to five-star properties reaches $69.64, while 11 East 44th has office rents ranging from $36 to $65 per square foot, according to CoStar.